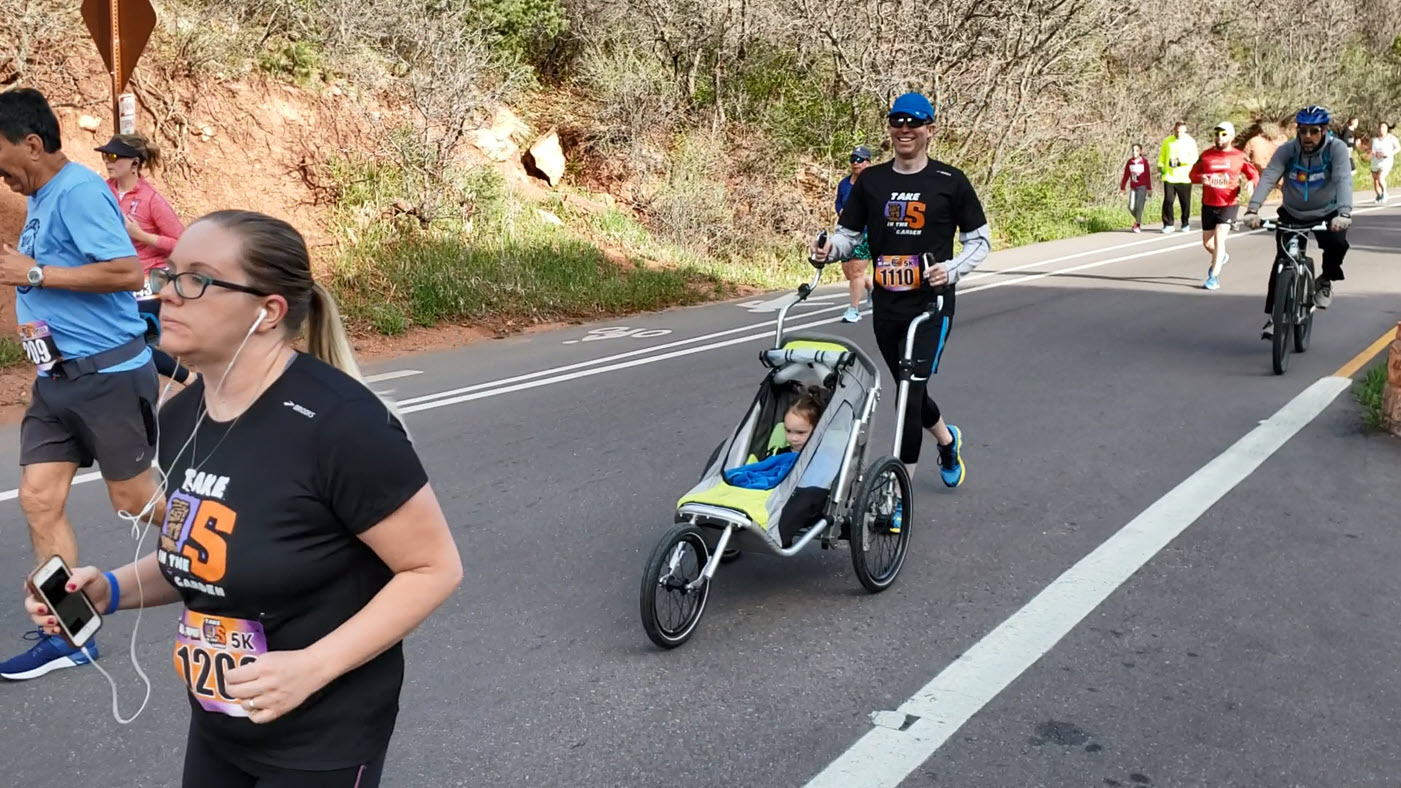 When JogAlong Founder Mike Dresher and his brother entered a 5K, Mike decided to take his niece, Coco, on her first JogAlong stroller ride. With her dad and uncle running on either side of her and immersed in the festive atmosphere of the event, Coco asked Uncle Mike several times if she could get out and run for a few bursts with him. A few times she asked if she could climb out and walk. After they had gone the full 5K, the three finished up the race together, with Coco in the stroller, cheering. In the coming weeks on the phone, Coco asked Mike when he was coming back to take her to another race.

As parents, we know kids want to be part of whatever we’re doing, so Mike’s bringing Coco to the race is a perfect example of introducing kids to running at a very young age. Most activities that build your bond with your child will interest them. Although not all kids are naturally athletic, most children with typical mobility have some inclination toward hurtling their bodies through space, and there are lots of ways to make running fun.

But first, why bother? Why is running good for our kids? Running has particular health benefits for young children. When kids run, they give their cardiovascular system a good workout, they improve their coordination, and their bones get stronger as well as their muscles and tendons. Running is good for many chronic conditions children experience including anxiety, ADHD, diabetes and obesity. Running outside gets kids off their screens and into nature, which improves sensory skills, increases attention spans, and boosts positive moods and immunity. Running can improve kids’ sleep and self-confidence and lower their blood pressure and blood cholesterol levels. Running is perhaps the least expensive of all sports; establishing a love for the activity early on will increase the likelihood that your child will continue through adulthood regardless of their socioeconomic status. And finally, running is a building block for many other sports your child might be interested in later on, like soccer, football, lacrosse, basketball, or tennis.

The American Academy of Pediatrics provides some parameters to make sure your child’s run is a safe one. Because children can’t regulate body temperature like adults, skip running when it’s too hot or cold out. Make sure your child isn’t running too long or too far because this can lead to overuse injuries like tendonitis and bone problems resulting in arthritis and future growth complications. Finally, make sure they warm up, cool down, and stretch to avoid injuries and soreness which could turn them off to running as well as hurt them.

Kids have different personalities, and therefore what motivates one won’t necessarily motivate another, but you should be able to find a few items on this list that help you help your child.

There are so many great reasons to run and so many ways to enjoy the sport. Getting your kids involved early not only gives them a health boost, but it can also give you both a shared lifelong practice that will strengthen your family bond.