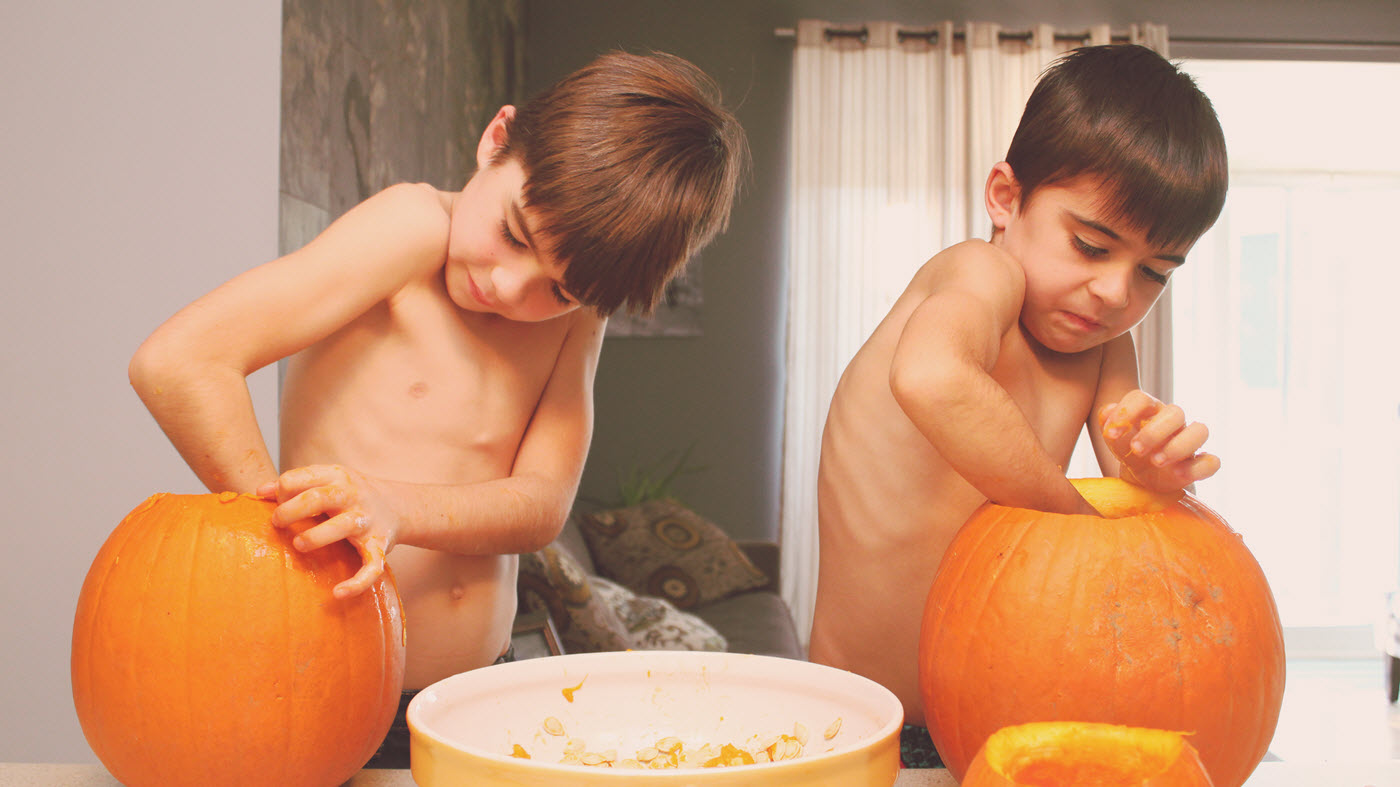 Image by Jason Rosewell via Unsplash

My favorite family ritual with my wife and son is inspired by the TV show, “The Six Million Dollar Man.” This program featured a character, Steve Austin, who had a terrible accident and had to be rebuilt with “bionic” technology, enabling him to have superhuman strength. In each episode, when Steve used his bionic powers, we viewers would hear this sound effect while we saw Steve moving in slow motion: https://www.youtube.com/watch?v=4OyIBuF73PQ. Many North Americans in their 40s, 50s, and 60s are familiar with the program and the sound effect; some have imitated it.

Four years ago, we were struggling to get our three-year-old son to come upstairs to get ready for bed. In one of many moments of creative genius, my wife, Lucie suggested we have a slow motion race and whoever flopped down on the futon first would be the winner. At first Alexi wasn’t interested. So Lucie and I proceeded, a la Steve Austin, up our staircase and onto our son Alexi’s futon. Naturally we made the sound effects the whole time we raced, moving in slow motion with highly exaggerated aggressive facial expressions. We collapsed on Alexi’s futon, each of us claiming victory. Alexi, watching from downstairs, thought this was hilarious and immediately demanded we do it again and include him. The three of us squeezed into a line on the bottom step and did our best to make long strides without going fast. As soon as Lucie landed, she put on her best radio sportscaster voice, announcing, “And the winner is, L! D! G!” (her initials).

Four years later, we are still doing the slow race up to my son’s futon. Possibly the best part of this is hearing Alexi, who has never seen nor heard the program, vocalize the sound effects as well as he does. And, being a competitive child, he always does the sportscaster voice when he lands, announcing, “And the winner is, A! G! S!”

Undoubtedly we three look very silly from the outside, but this is one of just a few family rituals that really anchors us as a family. It’s so meaningful to Alexi that he only likes to do it just before bedtime and when all three of us are there. We never forget and it never stops being fun.

We parents hear all the time about the importance of ritual to children. We hear about the importance of family dinner and the declining amount of “quality time” parents spend with our kids. We want to do the right thing, but often, especially in families led by single parents, it’s all we can do to stay afloat, to do the very basics necessary to hold our family lives together.

The good news is that family rituals don’t have to be long, involved, or complicated, as you can see by my example. Many of us already have routines that “count” as rituals. (And, btw, routine is also important). The difference between a routine and a ritual? Psychologist Barbara H. Fiese, PhD, and Syracuse University colleagues, in a 50-year review of research about family rituals, explains that routines are straightforward tasks, done automatically, which members continue doing without later reflection.

Rituals, on the other hand, involve symbolic communication and convey ‘this is who we are’ as a group and provide continuity in meaning across generations. Also, there is often an emotional imprint where once the act is completed, the individual may replay it in memory to recapture some of the positive experience.

Fiese and her colleagues showed the enormous boost rituals give both children and parents. Rituals

* are strong indicators of children’s overall health and academic achievement.

The 50 studies Fiese reviewed showed that the most common rituals, along with nightly suppers, were holiday celebrations, family reunions, weddings, and funerals. But to meet the definition, a ritual can be much simpler than any of those. I invited a group of individuals to share stories about rituals that are or were important to them along with why.

Getting together with other families (in the park, by a lake) and having huge picnics. As an only child of immigrants, with far-flung relatives, I longed to be part of a loud, rowdy family. These picnics provided moments where I could pretend that I had that – a bunch of siblings and cousins and aunts and uncles, etc.

We celebrate Hanukkah a bit differently than many families and my kids look forward to our tradition each year. Here’s a post I wrote about it: http://julieverse.com/2010/12/01/our-8-nights-of-hanukkah/

Chocolate chip pancakes on Sunday morning. Sometimes it’s the small, consistent family rituals that bring us a lot of comfort.

One of my favorite family rituals growing up was that my sisters and I got to choose the meal of the day on our respective birthdays. Our father, a single-parent fully dedicated to his three daughters, would always begin asking the birthday girl every morning for about a week leading up to the big day, “whose birthday is in X days?” and give us a big, meaningful hug. Both of these rituals were so meaningful to all three of us because we were made to feel special, loved, and important! And we have, of course, adopted them in our own young families…

Always the same baked treat made together for special holidays.

When my boys were little we had “Sweet Sundays”, any crazy, gooey dessert they could make on their own. They painted wooden candlesticks just for that night. Great memories!

We had a few family rituals that helped make me who I am; one that stands out, however, was the tradition of the bedtime story. Most kids get this, but we continued reading to each other as family all during my teen years. Sharing those stories with loved ones not only helps foster a love of reading, but also creates a deep bond. During summer visits to my grandparents, my grandpa took over the duty, and to this day it is hard for me to think of Charlotte’s Web or Little House On the Prairie without hearing it in his warm rich voice. I’m now well into middle age, but those moments still resonate.

When I was young, the whole family would take after dinner walks around the neighborhood together. I still hold very fond memories of these walks.

For few years, once a month, my grandmother went on a pilgrimage to a shrine in the cemetery. She used to take me with her, and while all the women were going to mass and praying, I used to walk around in the cemetery, reading names carved on the monuments and searching for the biggest one. So, because of those regular visits, I developed a love for cemeteries. Everywhere I go I visit cemeteries and take photos of the oldest monuments in the place. I always feel good walking in a cemetery. I don’t see it as a sad place; it’s more a space of quietness, peacefulness.

Sitting down at dinner at our table every night was (and continues to be) a deeply important time. No TV or computers allowed (for most of my kids growing up, this wasn’t an issue, as we didn’t have a computer or TV until they were teens.) We talked, argued, and negotiated at the table. Made plans. Tried new foods. It was all there. The table was also where we did homework and sometimes created Lego cities.

Food preparation is the family ritual that has been most meaningful for me since learning how to make handmade peach ice cream from my great-grandmother, Emma Schweifle Van Buren Lady from Omaha. Nebraska. As an American who chose to bring my children up in Quebec/Canada, American Thanksgiving has been the strongest food and family ritual over the years. The passing forward of the how to’s: making the gravy, the chestnut stuffing for the turkey, jelllied cranberry, all things I learned at my great- grandmother’s knee, I now share with my great-nephews and my granddaughter.  One of my daughters-in-law has even taken over the role of gravy maker.  Hallelujah!!!!

The best family rituals are the ones where all members feel engaged and connected in that particular way that makes your family who it is.

What kind of rituals does your family have?