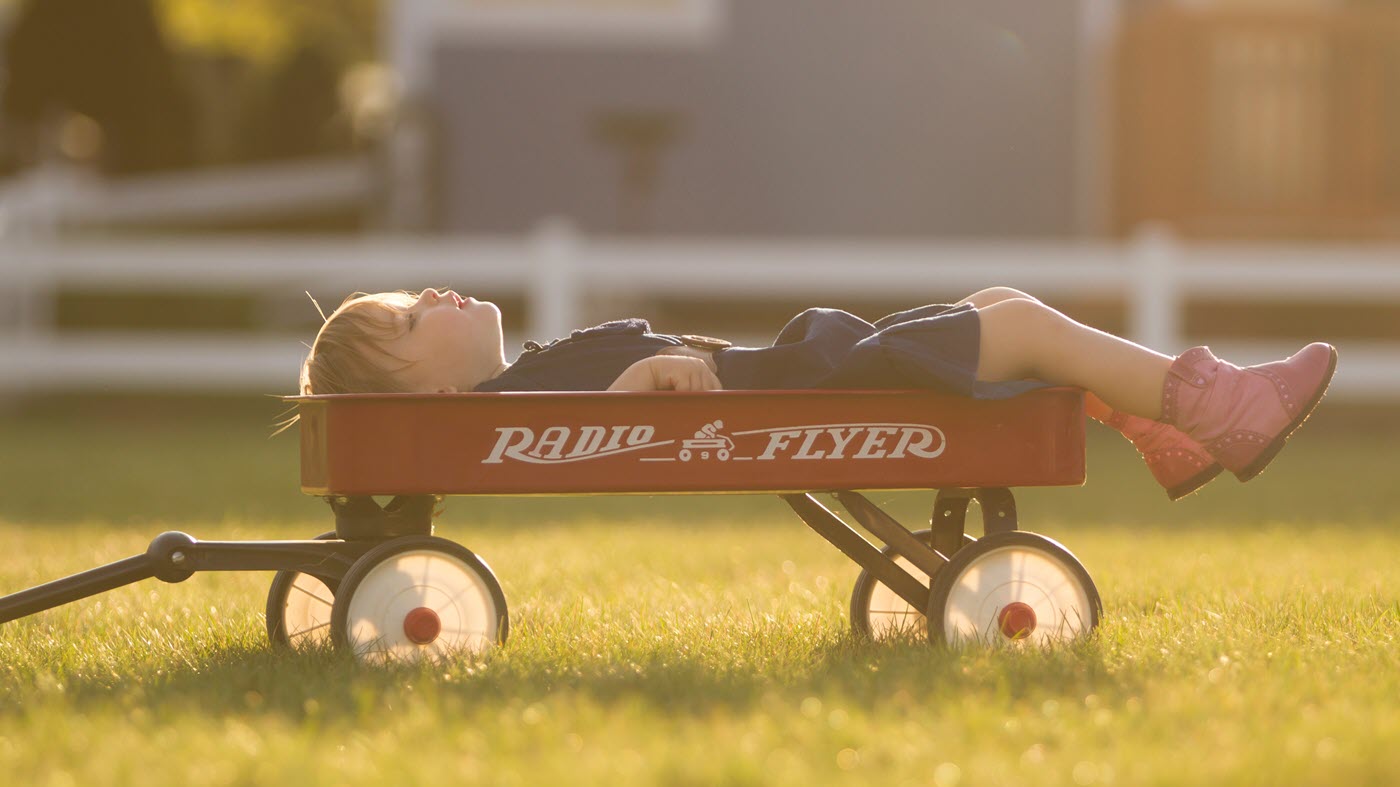 Image by Blake Meyer on Unsplash

JogAlong Founder Mike Dresher never got an allowance as a child. “My brother and I received payments for working for my parents, no allowance.” Growing up on a farm, there was ample opportunity to work. What hourly rate did his parents pay?  “My original wage was $.25/hour when I was just riding around in the trucks at harvest time. Later I got $1 per day for cleaning the dairy barn.” Did his parents do right by him? “Thinking back on that, I believe some back wages are due! However, I credit my strong work ethic to that period: we all had to contribute and the money was secondary.”

Whether or not our parents gave us an allowance, our relationship with money began when we were children. But as parents, we can look back and think about what worked and what didn’t when we consider what we do with our own children. What does the research say? How does a weekly allowance help or harm our kids, and how does it compare with being paid for chores? What are concrete ways to teach kids about money and how to manage it well?

TO GIVE OR NOT TO GIVE

An article in USA today consulted with two experts to explore these important questions. Neale Godfrey, personal finance expert and author of 27 books on financial literacy for kids, favoured a regular allowance attached to chores, and Dr. Lewis Mandell, professor of finance and managerial economics and Dean Emeritus at SUNY Buffalo, gave two thumbs down to the weekly allowance.

Godfrey supported the allowance provided it was linked to chores that weren’t in the “Good Citizen” category (chores that we do because we all live together in a household and we all contribute). He also discussed the importance of setting and keeping a budget with kids to develop their skills, and getting concrete about it.

Mandell, who doesn’t believe in regular weekly allowance, cited a survey about financial skills and knowledge of high school students. Kids who had been given allowances not linked to chores had the lowest financial savvy. The two other groups, kids whose parents paid them for chores and kids whose parents gave them money as needed, had almost identical scores.

“There are some standing chores worth $0.25-0.50, like unloading the dishwasher, or feeding/watering/brushing the dogs. Then she has bigger chores that are worth more money, like cleaning windows and mirrors or the baseboards, depending on what needs to get done. She pays for the things she really wants.” Benson’s daughter loves the online math game Prodigy, and makes enough money with her chores to pay Mom the $9 monthly membership. “When she really wants something, she will work hard to get her chore money so she can buy it.” Along with experiencing the connection between hard work and money, Benson said there’s another benefit: “If she doesn’t really want something, we don’t get it. This keeps a lot of random junk out my house!”

On the other hand, Kris Pavek, a mom of three in Barre, Vermont, says she never gave any of her children allowances, and the only chores she paid them for were ones she was going to pay someone outside the household to do anyway, like painting or mowing the lawn.

“At our home we do chores together because it is just part of being a family,” Pavek explained. “My child’s very few requests for money (usually for a movie) are something I happily provide because providing for her is something I chose to do before she was born.”

But the two professionals and the parents interviewed in this article agreed on one thing: financial literacy cannot happen without discussion, guidance, and practice, with and from parents.

What about when to start, and how much? PBS.org says to start as soon as kids can tell the difference between types of coins and bills, usually preschool age, according to Laura Levine, Executive Director of the Jump $tart Coalition for Personal Financial Literacy. Another expert said to start when the child is old enough not to eat the money. No matter when you start, the reality is that your children are observing you interacting with money from a young age. Teaching them as they observe gives you more of a say around what they learn and how.

As for how much, there’s the much touted practice of one dollar per year of the child’s age; kids’ allowances go up by $1 each birthday.

Also consider what your family income is and what you’re expecting your child to pay for when calculating allowance amounts. Lucie Gagnon, of Montreal, says her allowance as a child had to cover clothing. Some parents expect lunch money to come out of their children’s allowances.

Brit-Maike Garland, Montpelier, VT Mom of a teenage daughter, had a unique system for deciding on allowance amounts. She explained that she and her partner gave their daughter “…a weekly allowance of a dollar per lived year until she was 14. Then it was half of that and from 16 she received nothing. The rationale for shrinking the allowance as she entered teen years was that she now could work for money.”

There are an infinite number of activities that teach financial literacy, and in general, kids enjoy them, especially the ones that are concrete. In the USA today article, Neale Godfrey shares a great system involving four piles:

“Parents should make this very visual and give young kids four clear plastic envelopes or jars to divide their money into. They can teach them that 10% comes off the top for charity and then divide the rest into thirds. The first 1/3 is quick cash (so you teach that if you work hard, it’s okay to spend a little bit of your money on things you want), the next 1/3 is medium-term savings (help them pick something to save for), and the last 1/3 is long-term savings. Parents should go to a bank and open an account and teach their kids about how real money goes into that.”

Many banks allow accounts for children with a parent co-signer. Check your bank’s policy and let your children know in advance how old they have to be. My son felt quite grown up when my partner took him to set up his first bank account. Learning how to balance a checkbook is a key skill which, when learned early, can help a child through the various transitions of development that come with added financial responsibility.

Sheila Donio, of São Paulo, Brazil, describes a unique community arrangement that helped her as a child.

“There was a newsstand across from the apartment building where I used to live as a kid, and they sold stickers and candy that us kids loved. Since there were many kids who would go there during the week while the parents were at work, there was an agreement to open an account for each apartment unit. With parents’ permission, kids could get anything there during the week, as long as debt was paid every Friday, or the account would be closed. I was seven when I begged my farther to open an account for me and he told me that I would be responsible for paying it every week with my allowance. That was when I really learned to deal with money. I’d get my allowance on Sunday and had to pay the newsstand on Friday. So for the whole week I’d get things there and had to calculate the debt so it would not go over the allowance. And I never had a problem with that. I remember feeling free and responsible, like an adult!”

The moneysense.ca article also had a nice list of things you can do to begin your child’s financial education. Here are three from the list:

In our increasingly computerized world, there’s an app for everything, including teaching children about money. Although many experts tout the importance of children handling actual money, the world they live in, and the one they watch their parents spend in, has fewer and fewer cash transactions.

An article in CNBC introduced me to several apps available to help kids learn about money: RoosterMoney, FamZoo, and Threejars all provide digital structures for parents to introduce their children to basic money concepts.

Parents can also bring kids into the digital money loop in everyday life. Suggestions include keeping a receipt from ATM withdrawls and explaining what a credit card does and showing kids the statements, either on the computer or on paper. Partnering with an app like FamZoo can reinforce the “pain” of spending by sending your child a text when money is spent.

But the apps can do more than send texts. RoosterMoney and FamZoo both teach kids about interest, which their parents pay when they save money. RoosterMoney sets the rate at 9%. Their data shows that kids save 43% of their allowance money which could certainly be influenced by the high rate.

FamZoo goes a step further and allows children to set up loans from their parents, with interest charged of course.

“We model all the things adults see in the world with our child products,” Bill Dwight, Founder of Famzoo, said.

Regardless of your decision about an allowance, the most important takeaway is to engage in an ongoing conversation with your child about money. Who knows, maybe you’ll learn a thing or two along the way with them.