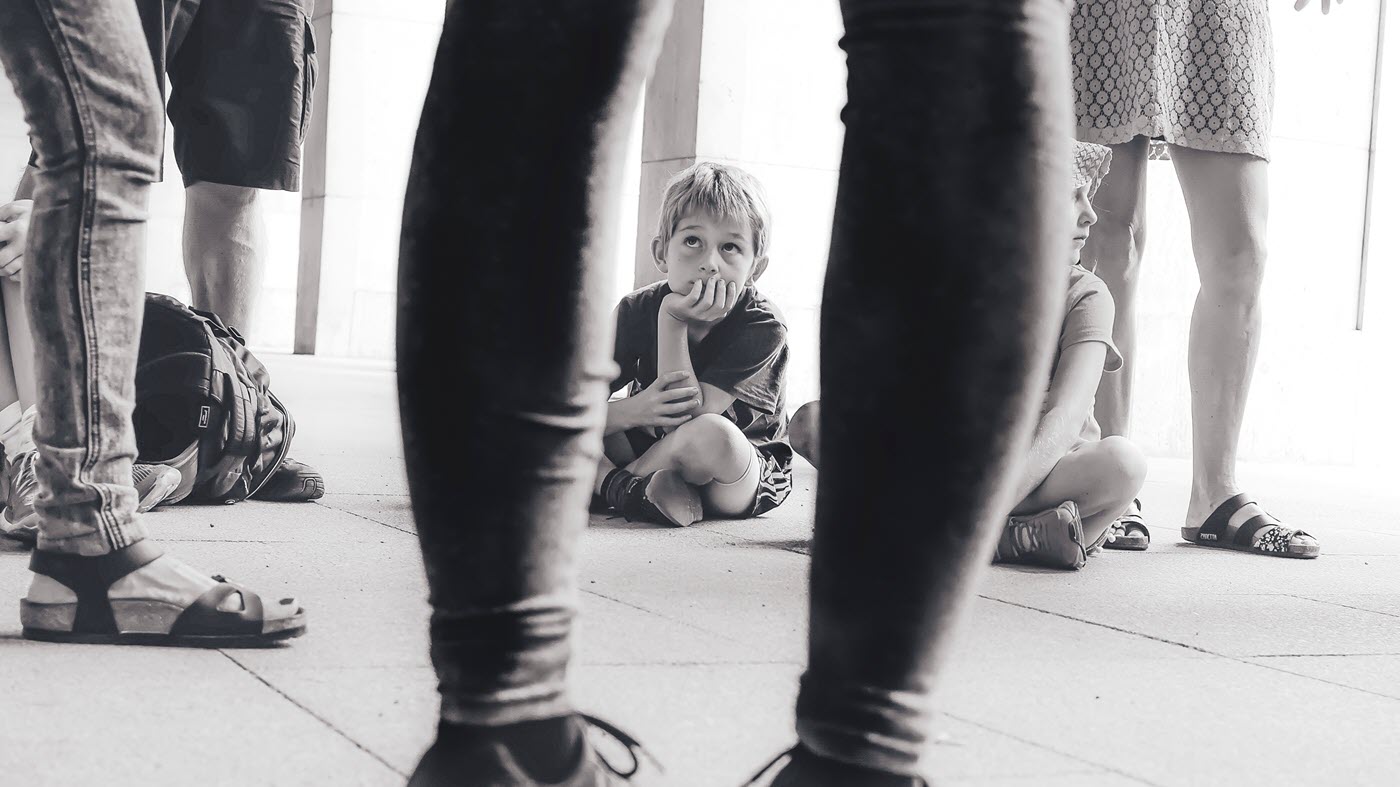 Image by Cristina Gottardi via Unsplash

I was in Costco the first time I witnessed Emotion Coaching. Trying to find rice crackers with the lowest sodium content, I heard a familiar sound: the cries of a child having a tantrum. I looked up and saw a red-faced girl in pigtails on her back on the floor, kicking, waving her fists, and screaming, “I hate you! I hate you!” Having passed through this particular stage with my own son several years before, I wasn’t eager to stick around. I found my salt-free crackers and rolled my cart away from the noise. But then a strange thing happened. The sound from the tantrum changed, seemingly on a dime. The intensity of the girl’s emotions went down in seconds and the screaming changed to muffled sobs. I turned around and saw the mother sitting cross-legged on the floor, holding her daughter on her lap. The child faced her mother, clutching Mom’s neck and crying into her shoulder. The mother was speaking too softly for me to make out the words. I pretended I needed something else in the aisle, closer to the pair on the floor. And then the mother’s words became clear:

“You’re feeling very angry at Mommy because I won’t buy the Oreos you ate at Charlotte’s birthday party. You’re so angry you feel like you hate me. You’re sad and frustrated because you don’t get to make the rules. Is that right?”

The child nodded and continued crying, her face buried in Mom’s neck.

“I remember feeling that way when I was little. I think it’s just hard being four years old sometimes.”

When the child heard this she pulled her face out of her mom’s neck and looked at her.

And they both smiled. Kissed. And were back on track.

I happened to reach the checkout at the same time as they did. The little girl sat in the cart, singing “Little Bunny Foo Foo” and Mom unpacked the goods. Being extremely nosy, I checked the contents of the cart.

A few months later, I learned that this type of conversation has a name: Emotion Coaching. Our child psychologist mentioned it in one of our yearly check-ins and suggested we read John Gottman’s book, Raising an Emotionally Intelligent Child: The Heart of Parenting. Both my partner and I read it and a key piece of our parenting puzzle fell into place.

Gottman is one of the few psychologists who has spent decades studying patterns in children’s development in homes with different parenting styles. In his research, he began by naming four “types” of parents and how they interacted with their kids when the children broke rules or acted out. The first three styles had a negative impact on the children:

This parent believes that negative emotions are wrong, that as humans we can “choose” to be positive all the time. The parent believes negative emotions mean the child is out of control, and the parent disengages with the child as a way to “discourage” the expression of the feeling. The dismissing parent simply waits, believing that the child will eventually get over the emotion and that there’s nothing else he or she can do.

This parent is extreme on the other end of the spectrum. The laissez-faire parent sets no rules or boundaries, doesn’t problem-solve with the child, and relies only on time to help the child move on. He or she may be loving and kind, but no teaching is happening, and ultimately the child is still alone in his or her experience of intense emotion.

Gottman found that children who were parented in any of these three ways grew up with many problems. Kids of dismissing and disapproving parents couldn’t self-regulate their emotions, and they had an overall sense that their emotions weren’t appropriate, that there was something wrong with them. Children with laissez-faire parents had difficulties concentrating, making and keeping friends, and also couldn’t regulate their emotions.

The fourth type of parent was what Gottman termed the Emotion Coaching parent. These parents respected their children’s emotions, viewed the child’s emotional experiences as an opportunity for intimacy and learning, and took time to reflect negative emotions back in a close and loving way. They helped their children put words on their emotional experiences and supported them afterward by problem solving around the triggering issue.

Gottman and his team interviewed and observed children from all four types of parenting styles at age five and then again at age eight. Another study followed children into their 30s. Interestingly, Gottman didn’t simply find that the emotion-coached children were healthier psychologically. They were also physically healthier, better able to self-regulate, more socially successful with peers, and even performed better academically.

What is Emotion Coaching, and how do you do it?

Gottman broke the process down into five steps:

Step One: Be aware of emotions.

This first step is understanding that all emotions are normal for humans and that expressing them in an appropriate way is essential to one’s well-being. Get to know the signs that you or your child are moving into a difficult emotion. For example, just as my son is getting upset, hurt, or disappointed, his mouth moves into a tiny frown, he nods his head instead of using his voice, and he looks down at the floor instead of up at me. On my end, I start feeling irritated at small things and my voice gets higher.

Lots of North American adults were raised in families where negative emotions meant negative interactions with grownups. Emotion Coaching is a very different approach that is born from an open and accepting relationship with all emotions. Encourage your children to express emotions. Become curious about your own and talk about them. Many of us hide from our children when we are vulnerable. Our child psychologist told us that when we’re sad, it gives our son the chance to practice being empathetic and not afraid of an adult having and expressing a negative feeling.

Step Three: Take time to listen to and respect your child

Honor and respect your child’s full emotional life. In western culture, we’re trained not to take children seriously. When we treat our children with the same kind of respect as we do other adults, our kids feel good about themselves and the relationship between us is strengthened.

I learned this step as “mirroring:” when my son is standing in the doorway, blocking me from leaving the house, I get down to his level and say, “You’re really sad because I’m leaving. You wanted me to keep playing with you and you’re angry you can’t make that happen.” Children have to learn the words that go with their intense feelings; in that intense state of emotional arousal, we are acting from the reptilian brain, or the brain stem. This means it’s harder to express ourselves with words which are the province of the neocortex, the other part of the brain in charge of thinking and reasoning.

Step Five: Problem-solve with your child

It’s important to stress that this part is a separate process and can only happen after you and your child have moved out of the strong emotional state you were in. To work together on a problem is not only practical, but it also communicates to your child that you care and want her to learn and to feel good in your relationship. In the conversation, it’s good to brainstorm together, to come up with potential solutions together (I always write the ideas down), and then decide which one you’ll try together next time the situation comes up.

Emotion Coaching is a powerful approach to parenting. The payoffs are tremendous, but the practice takes time and learning. Getting to know and accept your own emotions is an ongoing challenge for many parents. But Emotion Coaching will strengthen your relationship with your child in addition to providing a critical element of his or her well-being in years to come, making the learning more than worthwhile.