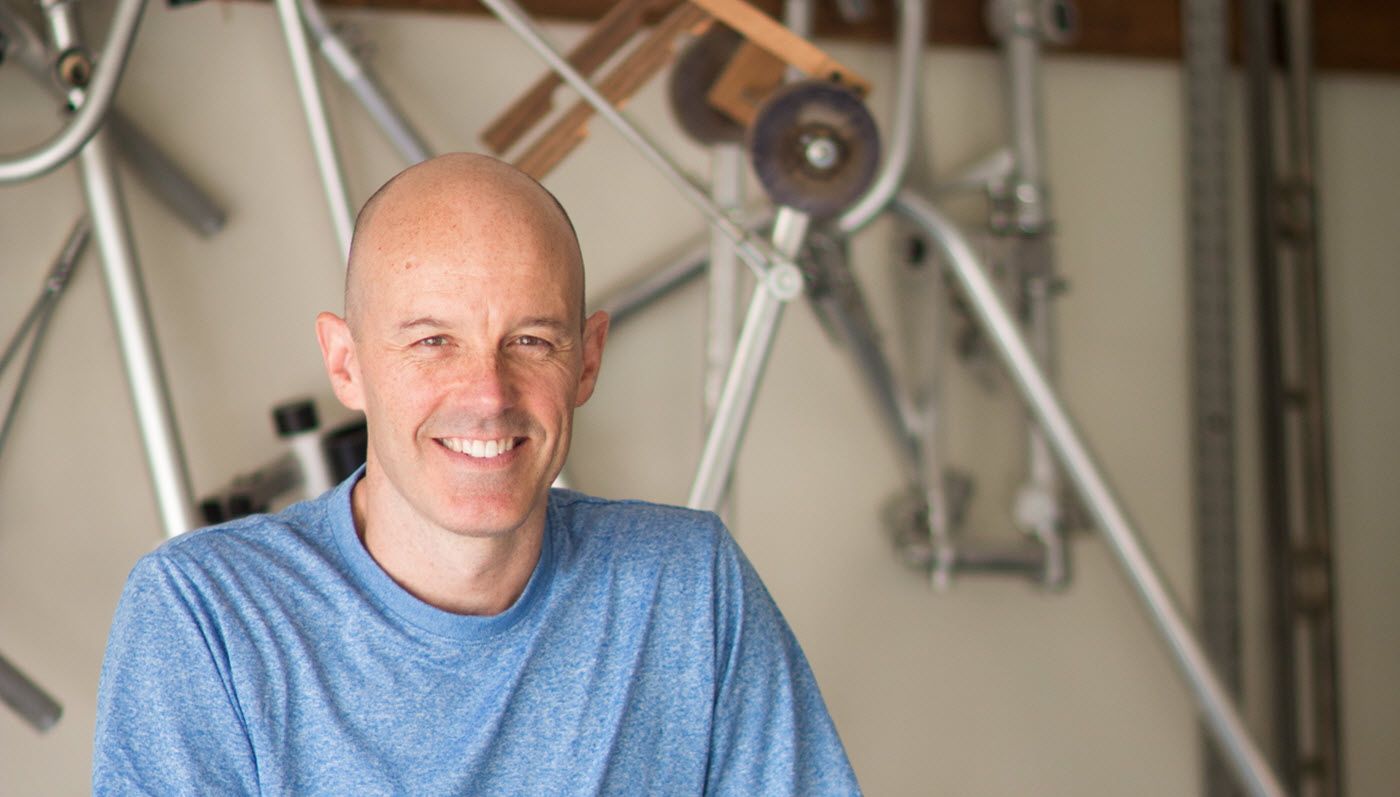 It all started down by the riverside.

We have a pedestrian path along the Arkansas River in Wichita, KS, where I live. I always look outside my kitchen window while I’m washing dishes, and I frequently enjoy seeing people running, biking, or walking along the path. I’d seen other jogging strollers go by, but one scene stood out: a mother pushing a stroller out ahead of her and then running to catch up with it. At that point, I’d never used a jogging stroller, so I didn’t understand what was going on. But when I asked some friends who used a jogging stroller, they made it clear to me that they are not comfortable to push when running at the same time!  A runner myself, I became curious about a stroller design that would allow jogging parents to move naturally and easily with their babies in tow.

This happened in 2002, way before crowdfunding and 3D printers. After some years and lots of trial and error, we developed a working prototype: adaptive arms that attached to existing strollers. Local business mentors suggested we try getting a bigger company interested in the idea and licensing it to them. We met with some intrigued stroller companies, but they lost interest waiting for us; it took us seven years before finally winning a battle with the patent office in 2011.

However, by this time, we had advanced the prototypes to the point of being a complete stroller, instead of just the adaptive arms. So much of the improvement came from the feedback of our early testers and for that, I am eternally grateful.

In 2012, with crowdfunding companies like Kickstarter and Indiegogo a reality, we decided the JogAlong Stroller was a great crowdfunding candidate based on the project interest and support we had already received. So we kept plugging away on improving the safety and design and developing a manufacturable product. We have all the pieces in place for the company, including our website, Facebook page, Twitter feed, and a team prepared to provide you fresh original content relevant to your life as a new parent who values health and fitness.

Today, your positive energy is generating the momentum we need to deliver a JogAlong Stroller to you. We’re looking at a launch date in 2016 and we hope you’ll keep following our company’s development. We sincerely appreciate the comments and all your support thus far. It’s great to have you on the team!